A couple of days ago, Barrister Emmanuel Enoidem attacked my person, ostensibly, as a response to a report I published in Global Concord Newspaper and on my Facebook page, captioned: “Enoidem vows to unseat Udom if….”
I don’t want to waste my time dwelling on details of that report, rather, I will like to add that Barrister Enoidem may be who and whatever he and his sycophants claim he is, but what I know about him, which he cannot deny, is that he is a desperate politician who has always betrayed his group(s) because of his selfish interests.
Of recent, Enoidem has caused the death of so many youths and politicians in Etim Ekpo because of his violence nature. In 2012 (during local government election), so many people who opposed Enoidem died. So, where is humanity in Enoidem?
In that same year, Barrister Enoidem was caught with firearms in Port Harcourt. Police report indicted him. His girl friend and aide were equally found to be culpable. So, is this the man sycophants sing to high heavens?
Talking about girlfriend, Enoidem, a very notorious womanizer, holds the record that can’t be broken by any contemporary politician in Akwa Ibom State. It is alleged in many quarters that Barrister Enoidem “owns” a permanent suite in a certain hotel in Calabar owned by a fellow Annang man, where he takes women, both married and single, to.
Enoidem might be deceived to believe that he is popular. But let me educate him a little. There is a thin line between popularity and notoriety. A notorious person runs after people’s wives and daughters with utter disregard for his wife and family. A notorious person would do anything to make people see and consider him a popular person, whereas a popular person would not beg for publicity and accolades by sycophants and jobless youths who now take to Facebook to carry out their trade.
That Enoidem describes Global Concord Newspaper as “infamous” is not a surprise, after all all those who are enemies of the people, over the years, see the paper with and or through the same eyes. Why would the paper not be infamous in their circles when it has stubbornly refused to sing their praises. If the paper had refrained from reporting that Enoidem was caught with arms in Rivers State it wouldn’t have been branded infamous. If it has kept silent over Enoidem’s inordinate scheming to become a Deputy Governor Global Concord would have been famous.
Does Enoidem forget how he spent billions of Naira to become the Deputy Governor in 2015?
There are so many things to say about Enoidem, but for now let me leave him for some other things more worthwhile. But before I put a full stop for now, let me inform Enoidem and his sycophants that Global Concord Newspaper does not need his award, accolades, rewards, etc. That has been done by many better individuals and organizations within and without Nigeria.
Enoidem, I am ready, are you? 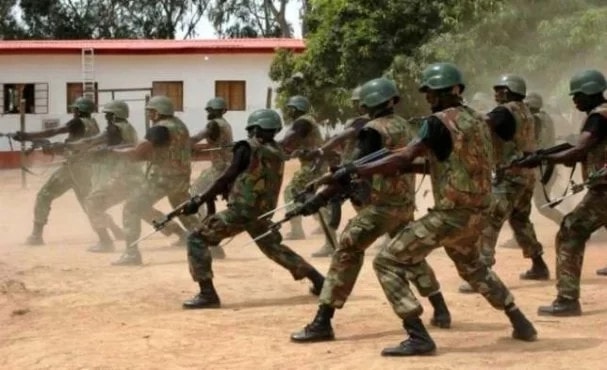 AFCON teams increased to 24 , tourney to be played in June/July