Governor Udom Emmanuel and Ebonyi State counterpart, David Umahi were among the six governors selected to visit President Muhammadu Buhari in London yesterday where he is currently receiving treatment for an undisclosed ailment.

The visit, put together by the Office of the National Security Adviser, Major General Babagana Munguno (retd) is coming less than a week after governors elected on the platform of the ruling All Progressives Congress (APC) visited the President, and returned to inform Nigerians that the number one citizen was on the verge of returning home, hale and hearty.

While it is not clear the model used in the selection of the governors for the London trip, we gathered that a governor was picked each from the six geo-political zones in the country, in what is clearly an attempt at equity.

At the time of filing this report, the identity of the governors representing the North-East and North-Central was unknown as Zamfara State governor, Abdulaziz Yari and his Oyo State counterpart Abiola Ajimobi filled the North-West and South-West slots respectively.

A governor, who is not on the delegation to London, said those chosen for the trip were picked without recourse to any specific criteria, adding however that those making the trip will have the opportunity to see Mr. President to know how he is doing. He however expressed dismay at the exclusion of governors that have been critical of the President Buhari’s performance since he took over power more than two years ago.

His words: “Our colleagues are going to London to see the President. But I’m not happy that someone like the governor of Ekiti State, Mr. Ayodele Fayose, or his Rivers State counterpart, Mr. Nyesom Wike, is not on the delegation…

“The governors have been directed to be at the Presidential Wing of the Nnamdi Azikiwe International Airport, Abuja on Tuesday . From there, they will fly to the United Kingdom,” he explained.

Like it happened when some selected APC governors visited the United Kingdom recently, the six governors are expected to have lunch with the recuperating President before returning home on Wednesday.

President Buhari left Nigeria on May 7, 2017 for London where he has been receiving treatment. Although, bigwigs of the PDP including Fayose and Fem Fani-Kayode have been critical of the secrecy surrounding the true health status of the President, pictures of a recuperating Buhari were published in the traditional and online news tabloids a few days ago; a development that elicited excitement in the camp of the Commander-in-Chief who took to many platforms to announce an imminent return of the President. 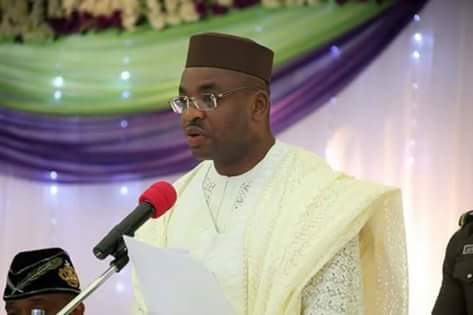