I want to use this medium to draw the attention of the state Governor, Deac. Udom Emmanuel, his wife, Mrs. Martha Udom Emmanuel, stakeholders of Ika LGA and everybody interested in the development of Ika LGA to the incompetency of Hon. Etukudo.
As it is already known, when our dear Local Government was carved out of Etim Ekpo LGA and given full autonomy per say, the properties belonging to Mr. Joseph Akpan was rented for use as a temporary Local Government Secretariat. When the Local Government Council at Urua Inyang was ready for usage, and properties belonging to Ika transfered from Mr. Akpan’s property, the council refused paying him his complete rent.

As a peaceful Nigerian, he approached the court and his case was Suit No: 29:2010 (Joseph Akpan vs Ika) with Barr. Nsikak Akai as his lawyer. After the normal court processes, the Judgement was delivered in his favour. The court directed “Ika LGA” to compensate him with the sum of N4.360 Million which the Local Government Chairman has refused to pay till date even when she is aware of the judgement.

After numerous letters to her office, the court decided to seize some properties belonging to Ika LGA which among others includes a Toyota Prado jeep with plate number NYA-02 LG and a KIA cerato with plate number NYA-04 LG. It should be noted that the cars were picked from her residence at Abak LGA and one begins to wonder what the properties of Ika LGA was doing in her private residence. Also note that the two cars are not her official car.
Today (11 August 2017), i decided to go to the court to see the condition of the cars and i literally shedded tears. On seeing the state of the cars, i immediately googled the possible amount used in buying the cars and the Toyota Prado was estimated to be between N9,000,000(Nine Million Naira) and N15,000,000(Fifteen Million Naira) while the KIA CERATO ranges from N4,000,000 to N6,000,000.

In short, just think of what that amount would have done for us but it was used in buying cars which Hon. Etukudo has abandoned at Abak High Court.

If it were her personal properties, will she have allowed it to waste away? As we speak, the court is about to Auction the cars. What were these cars doing at her personal house? What happened to our Local Government Council where such properties are supposed to be kept.
Again, Mrs. Etukudoh has decided to pay a deaf hear to the security situation in our dear Local Government.

Nobody is safe in Ika as we speak even when she collects N1,000,000 every month as security vote and another N1,000,000 given to Local Government that shares boundary with other states. What is she using N2,000,000 given to her every month for? Is she saving the money in preparation for the forth coming election which she is interested in?
Even when the lives and properties of our people are not safe, Mrs. Etukudo sometime this week decided to mock the indigenes of Ika by parading more than fifteen well armed policemen to the Peoples Democratic Party (PDP) office at Ika where she went to consult the party.

By moving around with well armed Policemen, this clearly shows how insecure Ika LGA is. Now i ask, what about the indigenes of Ika LGA that cannot afford the protection of policemen? Such a selfish woman!
I want to also tell our dear Governor and his wife that our Transition Chairman has done nothing for the people of Ika LGA in more than one year she has been in office.

In conclusion, I am calling on the stakeholders in our Ika LGA to do everything within their power to stop the autioning of the two vehicles while also making sure that Mr. Joseph Akpan is compensated as directed by the court. Our Transition Chairman should note that the day she took the oath of office, she conciously swore to protect the people of Ika LGA. 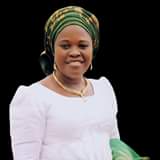 BREAKING: Top APC Members Are Begging Me To Allow Them Join PDP Ahead Of 2019 – Sen. Akpabio

Why Iheanacho only played eight minutes against Arsenal