The Speaker of the Akwa Ibom State House of Assembly, Rt. Hon. (Barr) Onofiok Luke has charged citizens of Akwa Ibom to demand accountability for monies coming into the state and kept under the charge of government.

Luke made the charge on Monday in Uyo during a meeting of Akwa Ibom stakeholders on the ALTERATION OF THE 1999 CONSTITUTION. The meeting held at the Assembly complex, Udo Udoma Avenue, Uyo.

In his speech, the Speaker noted that the people get to suffer where there is no demand for accountability, adding that the possibility of Akwa Ibom attaining the future desired depends on a government that is accountable and transparent.

His words: “Whether you are my brother or sister, you have given us the mandate ranging from the Governor to the Speaker and to members of the Akwa Ibom state House of Assembly.

“Please ask us to account for the monies that have come into the state. Ask the state legislature to say what our appropriations are, what we have done with the public accounts. When we don’t ask for accountability, the people suffer. It is our thinking that Akwa Ibom can attain the future that we hope to see.

“And we can only achieve this if the populace ask for accountability and we make accounts and run a transparent government as is currently the case under the leadership of Governor Udom Emmanuel with the support of the state legislature”.

He also noted that the House of Assembly knows where it stands, but that the members chose being proactive so as to get experts’ opinions. He said he wants the people to tell the House to vote either yes or no on clauses.

“I will listen to the voice of the people and that is the only voice I’ll listen to and in line with our legislative agenda. That is why we called on you to come and talk to us”, Speaker Luke stated.

Speaking further, Luke said, “on the devolution of powers, we  want more powers to be transferred to the state and local governments, since the exclusive is too bogus. Some decisions at the federal government are encouraging violence. We are not quarrelling, but we are saying, the same way you are giving out money to fight Boko haram, also give out money for the peace of the Niger Delta. Imagine that there is no restiveness in the Niger Delta, yet the issue of Ogoni land clean up for instance has not been taken to the level it should be.

“Why haven’t monies gotten from Petroleum risen from $30 per barrel to about 60$ shared accordingly but still on the former cost. We need the remittances of those accounts. Always ask for the renditions of accounts without fear of anybody”, he added.

Speaking at the meeting, Governor Udom Emmanuel, represented by his deputy, Mr Moses Ekpo, thanked the people for turning out enmasse to attend the crucial meeting which affects the future of the Akwa Ibom people and Nigerians as a whole.

He applauded the House of Assembly for being a listening house and also giving the people an opportunity to be a part and parcel of the alteration.

Stressing that constitutions are not amended in a hurry as every detail that is given a ‘Yes’ or ‘NO’ must be considered. Mr Udom Emmanuel stated that the state government will rely totally on what the legislature has to say on the amendment of the constitution.

The Chairman of the Ad-hoc Committee, Hon Udo Kierian Akpan  in his opening remarks said, that since the alteration of the 1999 constitution will not only affect the state but her people, necessitated the inclusion of the masses thus the Assembly convened the stakeholders meeting. “We’ll have  the courage to make inputs not looking at anybody’s face or the negative impacts of the alteration but on its positive”. 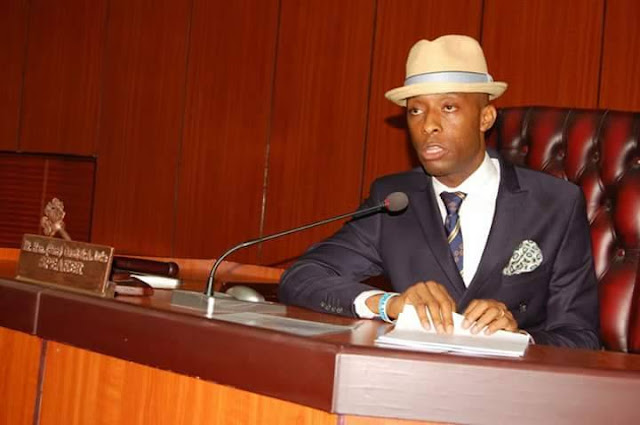 I’m Not Ashamed, I Make Over 2.3 Million Naira From Prostitution—queen Farcadi