The House of Representatives has decried the increasing brain drain in the health sector. The House lamented that the mass exodus of medical practitioners from the country is worsening the quality of health care service.

At the plenary on Tuesday, the House resolved to mandate the Committees on Health Care Services and Health Institutions to “investigate the problem of brain drain in the health sector and make recommendations on measures to curtain the trend.”

The move followed the adoption of a motion moved by Mr Emmanuel Ukpong-Udo, who said, “There has been massive brain drain in the health sector in recent years as many medical doctors and other health professionals have been leaving Nigeria for other countries in search of better living conditions.”

Ukpong-Udo further said, “The House also notes that the migration of health professionals has adverse effects on the healthcare system of the nation as it costs it much more than the benefits it derives from remittances by those diaspora professionals;

“The House is concerned that medical doctors and other health professionals are frustrated as lack of investments in the health sector, where a paucity of equipment and frequent strikes prevent them from doing their job to the best of their abilities.”

Also on Tuesday, the House called on the Federal Government to intervene in the cholera outbreak in communities of Rivers State.

The House particularly urged the Federal Ministry of Health and the Nigeria Centre for Disease Control to “immediately deploy health workers to the communities to address the outbreak and control further spread.”

The House also urged the Federal Ministry of Water Resources to urgently put machinery in motion to provide clean and potable water in the affected communities. 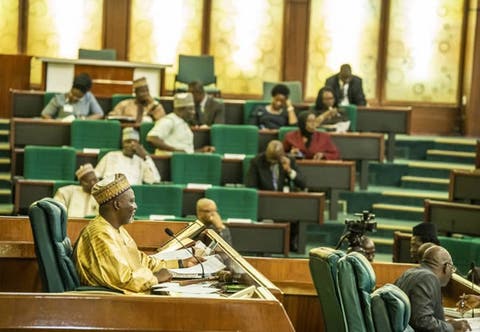 This was based on the motion moved by Mr Awaji-Inombek Abiante, who called the attention of the lawmakers to a cholera outbreak in over 10 communities in Andoni/Opobo/Nkoro Federal Constituency, namely Ngo, Ayama Ekede, Oyoroto, Ilotomobi, Samanga, Unyeada, Afradighi and Ataba.

The lawmaker said there were 65 cases and 11 deaths recorded from the outbreak, while warning that the epidemic was spreading to other villages and neighbouring communities.

“The House is concerned that if not checked, this could result in another fatal outbreak leading to loss of lives and hardships in the communities and upon persons living in these communities.”

Also on Tuesday, the House called for establishment and equipping of more dialysis centres across Nigeria. The lawmakers also called for subsidy on treatment of kidney related diseases.

The called was based on the unanimous adoption of a motion moved by Mr Zannah Usman, titled ‘Provision of Adequate Equipment for Kidney Dialysis Centres at Subsidised Rates in Federal Government Health Facilities in Nigeria.