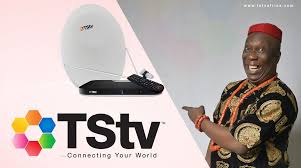 New pay Television operator, TStv Africa, has been granted three-year tax relief by the federal government.
The newly inaugurated television was also granted tax free dividends to all investors in the company.
The Minister of Information and Culture, Alhaji Lai Mohammed, announced incentives on Sunday night in Abuja at a dinner to mark the official unveiling of the new company.
The News Agency of Nigeria (NAN) reports TStv Africa is a wholly owned by Nigerian Pay TV operator with refined offerings of novel Unclassified Pay Per View subscription and complimentary internet services.
Mohammed who performed the official unveil
to the Creative Industry by the Government.
The Minister congratulated the Chief Executive Officer (CEO) of the company, Dr. Bright Echefu and his team for liberalising and breaking the monopoly of Pay TV in the country.
“The important thing about what Echefu has done today is that he has redefined the pay per view television industry and from today, that industry will never remain the same again.
“What he has done is to democratise the media and entertainment industry and make it possible for even a peasant farmer to have access to the best entertainment and news in the world.
“It is a great opportunity for me to be the one to unveil TStv because just like a Nigerian made history by crashing the cost of telephony in Nigeria, I am glad that another Nigerian is now coming forward to crash the cost of Pay TV,” he said.
The Minister commended the courage of the CEO for coming from the Diaspora to invest in his country and for believing in the government’s seriousness about diversifying the economy.
He said the company had also demonstrated that government alone could not do all things but needed the participation and synergy of the private sector.
“I want to assure that this administration will continue to assist you and other investors in creating the enabling environment for businesses to grow, ” he said.
Specifically, the Minister said that the Government was aware of the huge contributions of the creative industry to the nation’s economy and would continue to support the sector.
He identified contents and the lack of objective audience measurement as major challenges that had slow the growth of TV and advertising industries in the country.
“With the liberalisation of the industry. content has become very key because content determines which channels are being watched and which are not.
“Another major challenge is how to get an accurate measurement of which channel is being watched and which is not.
“Kenya and South Africa are about one third of our population but they do much better in TV and radio advertisement than us because of their robust audience measurement,” he said.
The Minister announced that the National Broadcasting Commission and his Ministry would organise a workshop on Nov. 28 to address the challenge of Audience Measurement.
Earlier, Echefu said that TStv Africa, which had gone through a lot of challenges, was born to liberalise PayTV in the country, make it affordable to every Nigerians with added values.
He said for the first time, Nigerians could now enjoy Pay Per View because with TStv, “subscription runs as you watch and It has the facility to pause your subscription when you travel”.
Echefu said that TStv for a start has 70 premium channels model with the cheapest pay-TV in Africa with maximum subscription fee of N3000.
He said as a fully Nigerian brand with consideration for the masses, TStv is not classified and it has a model that accommodate subscription as low as N200 as N500 for a period of time.
The CEO said TStv came with PVR (Personal Video Recorder) Decoder which allowed viewers greater control over their viewing experience with functions like pause, rewind, forward, save and record of programmes of interest.
Echefu said that once you subscribe to TStv, you will also get complimentary internet service, enabled Wi-Fi, as well as video calls and video conferencing services.
“It has an array of amazing TV channels with premium entertainment, educative programs that cut across all genres.
“The genres included, News, Music, General entertainment, documentary, movies, religious, sports, health, kids, fashion and lifestyle that better define the uniqueness of Nigeria’s diverse culture and traditional values,” he said.
The CEO said TStv which was modelled for Nigerians had come to stay assuring that it would not fail and they would deliver on their promises.
NAN reports that the guests at the ceremony were entertained with live performances by musicians, comedians
Among the dignitaries at the event were Gov. Akinwumi Ambode of Lagos represented by the Permanent Secretary Lagos Ministry of Information and Strategy, Mr Fola Adeyemi and the Permanent Secretary Ministry of Information and Culture, MS Grace Gekpe.
Others were the Director-General of National Orientation Agency, Dr Garba Abari, former Minister of Aviation, Femi Fani-Kayode, Nollywood actors including, Emeka Ike. Adigwe Okafor, Zack Amata, Dr Opa Williams and Afeez Oyetoro aka Saka. (NAN)