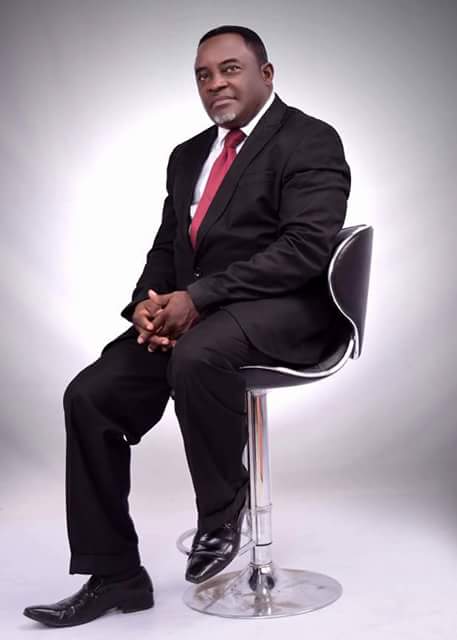 By Ofonime Honesty
On November 11, 2017,
the people of Ikono Local Government Area of Akwa Ibom State will
certainly join their counterparts in other parts of the state to cast
ballots in the Local Government Chairmanship election.

As interest in the forthcoming polls gathers momentum, political
stakeholders in various political parties are expressing interest to
vie. The electorates, on the other hand, are eager to meticulously
choose who leads them.

In Ikono, the political atmosphere is tensed as many aspirants have
expressed interest in the race. Armed with glowing manifestoes, they are
telling the electorates that they possess pedigree and capacity to lead
them to socio-political and economic boom.

Though it is a political tradition for aspirants to woo the electorates,
it behoves on the electorates to be thoroughly confident on the
candidate’s abilities before casting votes. A politician’s trackrecord,
educational qualification, experience and above all, blueprint, must
always be taken into consideration.

Ikono which was carved out of Itu Local Government Areas in 1976 is
widely regarded as the cradle of Ibibio race. In terms of land mass,
Ikono joins Ibiono Ibom, Oruk Anam and Essien Udim as one the four
largest Local Government Areas in the State. Its strategic importance in
the polity cannot therefore be underrated, hence the need for the
people to elect a jinx breaker who will fast-track the development and
give it the rightful place in the comity of Local Government Areas in
Nigeria.
The media has a role to play in guiding the electorates by providing
relevant information on aspirants and candidates for elective positions.
In view of this, having done an independent perusal of Dr. Augustine
Asuquo Umoh’s personage, I can unequivocally submit that he is capable
to lead Ikono aright.

Dr. Umoh, who is a university don, politician per excellence,
philanthropist, a situational leader, mentor and a constant source of
inspiration to the youths and students is vying for the Chairmanship
position of Ikono LGA on the platform of the Peoples Democratic Party
(PDP). His pedigree and track-record are unparalleled. His Curriculum
Vitae paints him as a well schooled gentleman whose glittering exploits
in Nigeria’s ivory towers span decades. He is a Doctor of Physics who
specializes on Upper Atmosphere and Communication with bias in
Electronics. As a statesman, he has been actively involved in politics
for two decades.

Anyone who doubts his chances of becoming the number one indigene of
Ikono LGA only needs to review the goings-on in the area. To pen that
everything is working for his favour is an understatement. Political
leaders, elders, women and youths are proclaiming him as a messiah. The
PDP has zoned the chairmanship race to Ediene Itak and he has been
adopted as the sole candidate of Ediene Itak bloc.

To showcase their support for their son, Ediene Itak Elders and Leaders
during a consultative visit to the leadership of the State Chapter of
the Peoples Democratic Party reaffirmed their decision to adopt Dr. Umoh
as their sole candidate. The meeting was attended by Ikono political
heavyweights including a former Chairman of Ikono, Engr. Edet Umotong; a
two term Chapter Chairman of PDP in Ikono, Chief Etim Inyang; Obong
Akanimo Asanga, former supervisors, councilors and ward executive
members.

As an advocate of participatory governance, he intends to put a stop to
imposition and electoral racketeering. His entry into the Chairmanship
race indeed signals the beginning of good tidings to the people of
Ikono. Pundits believe that the locust years of undemocratic politics
which has been counterproductive for Ikono are over.

Dr. Augustine Asuquo Umoh is in the race to win. He has the confidence
of the party and indeed the populace. Undoubtedly, a new dawn for Ikono
has arrived and with him, Ikono people will be taking a right step in a
direction towards a transformative future.
Related Topics:
Up Next