Most people believe that our leaders in Nigeria today actually went to the best Higher Institutions which to them explains why they became influential, or that they studied the best courses in the higher institutions, well I have decided to compile the institutions and courses our Dear Governors studied.

Note: This is just their first higher institution certificate or Degree as the case may be. Some of them later furthered their Education even up to MSC level.

ABIA STATE
Dr. Okezie Ipkeazu, the governor of Abia state gained admission into the university of maiduguri in 1980 to study clinical biochemistry and graduated with a B.Sc (Hons) second class upper division in August 1984.

AKWA IBOM STSTE
Governor Udom Emmanuel of Akwa ibom state holds a bachelors degree (B.sc) in accounting from the University of Lagos in 1988 .

ANAMBRA STATE
Governor Willie Obiano of Anambra state holds a bachelors degree in Accounting from the prestigious University of Lagos in 1979.

BAUCHI STATE
Barrister Mohammed A. Bello, the executive governor of bauchi state studied at Ahmadu Bello university (ABU) zaria from 1975 to 1978 where he got his LLB Hons.

BAYELSA STSTE
Governor Seriate Henry Dickson of Bayelsa state enrolled in the Rivers state University of science and technology(RSUST) port hercourt, to study law in 1988. he earned his LLB in 1992.

BENUE STATE
Mr. Ortom Samuel, the governor of Benue state enrolled at the Ahmadu Bello University Zaria, and obtained both the interim joint matriculation board certificate in 1995 and a diploma in journalism in 1998.
He also attended Benue state university, where he obtained the advanced diploma in personnel management in 2001.

DELTA STATE
Dr Ifeanyi Okowa of Delta state attended the university of ibadan (UI), where he studied medicine and surgery, graduating in 1981 with an MBBS degree.

EBONYI STATE
Governor Dave Umahi of Ebony state studied civil engineering in the Enugu state university of science and technology (ESUT) and graduated with a bachelor of science degree in 1982.

EDO STATE
Mr Godwin Nogheghese Obaseki, the governor of Edo state attended the University of ibadan (UI) where he bagged a bachelor of arts degree in classics.

EKITI STATE
Governor Ayodele Fayose of Ekiti state attended the Polytechnic Ibadan where he did a programme in biological science/applied medical/biology and obtained a higher national diploma in 1987.

GOMBE STATE
Governor Ibrahim Hassan Dankwambo of Gombe state is a graduate of Ahmadu Bello University, zaria with a degree in Accounting which he obtained in 1985.

KOGI STATE
Governor Yahaya Bello of kogi state was admitted into Ahmadu Bello university, zaria in 1996, where he studied Accounting and graduated in 1999.

KWARA STATE
Governor Abdufatah Ahmed of kwara state attended the school of basic studies of kwara state college of technology (now kwara state polytechnic), Ilorin from 1978 to 1980. he went on to study chemistry in University of Ilorin where he earned a B.Sc in chemistry.

LAGOS STATE
Governor Akinwumi Ambode is an alumunus of University of Lagos, where he studied Accounting, remarkably, he graduated at the age of 21.

NIGER STATE
Governor Abubakar Sani Bello of Niger state was admitted into University of Maiduguri in 1986 to 1991 where he obtained a B.Sc in Economics.

YOBE STATE
Governor Ibrahim Geidam attended Ahmadu Bello University between 1981 to 1983 where he earned a diploma in accountancy and later returned to earn a B.Sc in accountancy degree in 1990.

ZAMFARA STATE
Alhaji Abdulazuiz Abubakar, the executive Governor of Zamfara state attended Sokoto Polytechnic from 1991 to 1994 where he obtained a certificate and later a diploma in secretarial studies in 2004.

From the above, it will be seen that 28 Governors obtained their first higher institution certificate from a University.

7 Governors obtained their first higher institution certificate from either a Polytechnic or College of Education. 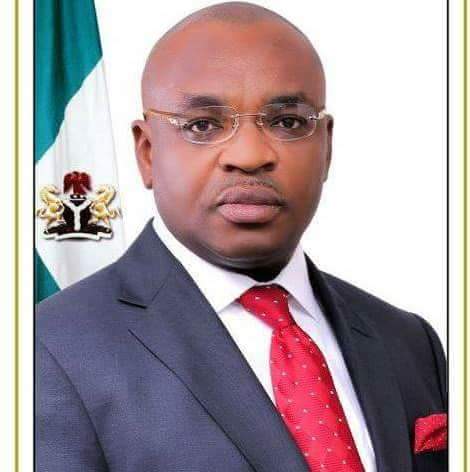 8 Attributes That Show A Lady Will Become A Stingy Wife, 3 & 7 will shock you

ASUU Set To Resume Strike; As Fgn Refuse To Meet Up Agreement